The roll-out, which began in Lewisham on Monday, and which was witnessed by Commissioner Sir Bernard Hogan-Howe and London Mayor Sadiq Khan, aims to ‘bring about speedier justice for victims.’ It is thought to be the largest rollout of body-worn cameras anywhere in the world.

Over the coming months, the cameras – reportedly coming in at a cost of £10 million – will be issued to all 32 London boroughs and a number of frontline specialist roles, including firearms officers.

The announcement follows a successful trial and wide-ranging public consultation and academic evaluation, the MPS says.

The MPS says that body-worn video (BWV) technology has already proved successful in domestic abuse cases and offers greater transparency for those in front of the camera as well as those behind it.

‘Highly visible’ cameras will be attached to officers’ uniforms and should not be permanently recording. If the need arises, members of the public must be notified as soon as is practical when they are being recorded.

All footage recorded on BWV is supposedly uploaded to servers once the device has been docked, where it will be flagged as evidence or deleted within 31 days. The public can apparently request to view the footage by writing in to obtain it under the freedom of information act (FOIA).

“Body Worn Video will support our officers in the many challenging situations they have to deal with, at the same time as building the public’s confidence,” he said.

“What we do every day will be seen by the public – that has to be good!”

“Our experience of using cameras already shows that people are more likely to plead guilty when they know we have captured the incident on a camera. That then speeds up justice, puts offenders behind bars more quickly and most importantly protects potential victims.”

The rise of the “digital witness”

A study announced in September by the University of Cambridge found that use of wearable cameras could lead to a drop in the complaints made against police by the public.

Researchers say the “digital witness of the camera encourages cooler heads to prevail” due to an ‘observer effect.’ The theory is that if both parties are aware they are on camera, this encourages an improvement in behavior.

That said, there is still some concern about the technology. Civil liberties groups have raised concerned around how it will be kept and how it could be used, according to the Evening Standard.

Police video cameras are used widely in the US where some studies show video footage can be misleading. Similarly, as two reports from 2012 reveal, a decline in complaints against police is not always mirrored by a fall in violent and property crimes.

Internet of Business spoke to Saverio Romeo, principal analyst at Beecham Research, about the roll-out.

“The UK and the US are the most receptive countries for body-worn cameras for police,” he told us. “Body-worn cameras are part of the evolving concept of smart policing, which basically looks at the use of the Internet of Things for public safety and security. Therefore, we will see a lot of this in the future.”

Romeo added that there are cloud-based solutions for storing the data, as well as video data management software. “The point is that a deployment of body-worn cameras is not just about the device, but it is also about the infrastructure – hardware and software – needed.”

Despite some public reservations, the MPS says deployment of all 22,000 cameras will be managed in a phased approached and is anticipated to be complete by next summer.

In November 2015, the Mayor’s Office for Policing and Crime (MOPAC), awarded a three-year contract worth £3.4 million to Axon Public Safety UK Limited, to supply the MPS with the cameras. 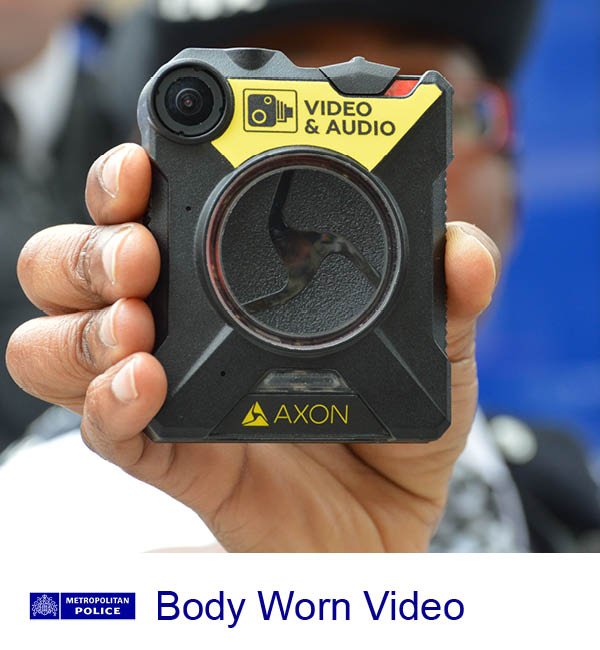